Bangpung is a small village in Khok Yang Sub-District, Nuer Klong District, Krabi Province with a population of 1,209 according to the Citizen Registrar. Villagers who loved to do exercise and use bicycle in daily life joined together to form Bangpung Cycling for Health Club on 23rd October 2011. They went out to do exercise by biking and persuade others who were not yet club member to do the same. This has become a familiar sight in the village where nearly every morning 20-30 villagers, both adults and young people, would gather at a village coffee shop and ride out together in groups at dawn.  For those who were not convenient in the morning, they would gather to bike in the evening in similar manner.  We call these two groups, the Sunrise Team and the Sunset Team.

In the early stage, there were gaps between an act of cycling and ordinary villagers as mountain bikes were expensive and villagers dared not wear Lycra. Bangpung Cycling Club then devised a strategy to induce the villagers to buy and use bicycle by turning to use city bikes instead of mountain bikes and wear dresses as villagers normally wore instead of cyclists’ Lycra sport wear for cycling over the same distance or sometimes even longer.  This strategy worked out fine as more people became interested and made inquiry where could they buy this kind of bike and its price.  When villagers began to have an interest, Bangpung Cycling Club then ordered used bicycles imported from Japan, which were cheap and enduring.  The villagers were very impressed because these used bikes were in good condition, easy to ride and had a big front basket that could carry many things.  The most important factor was that they were not expensive like mountain bikes.

In the past six months, popularity of city bike has been booming. Villagers who bought this kind of bicycle used them to do shopping, go to work and other activities in their daily life and also for touring at ease.  City bikes are also easy to maintain and when there was any problem that members could not deal with themselves, Bangpung Cycling Club had a team of mechanics to take care of for free; charges would be made only on spare parts, such as inner tube, that needed to be changed. These bikes are then widely used in the community.

Bangpung Cycling for Health Club is an active member of Krabi Province Bicycle Users Network which receives supports from Thailand Cycling Club’s Biking and Walking Public Policy Advocacy Programme.  About 40-50 members of the Bangpung Cycling Club would bike to join nearly all public activities in the province, including the annual Car Free Day (which internationally falls on September 22, but in Thailand, activities were lately organized on Sunday before or after September 22), making them famous to government agencies and groups of bicycle users in Krabi and other provinces.

When Bangpung Cycling Club heard that Car Free Day events would be again organized in 2012 on Sunday September 23, it invited community leaders, consisting of village headman, village committee, sub-district state hospital, members of sub-district administrative organization and others to discuss what to do in their village. The meeting unanimously agreed that as Car Free Day events all around the world was a campaign to encourage people to avoid travelling by personal cars, and walk or bike or use public transport instead, an event for Bangpung people should take place in the village. There would be no transport of bicycles on the back of pick-up trucks to join activities elsewhere as in previous years.  Instead the villagers would walk or cycle to plant trees along a three-kilometre stretch of Bangpung – Khok Yang Road. As generally practiced all around the world, no free T-shirt would be distributed to participants; different from what was lately practiced in Thailand where distribution of free T-shirt had been used to draw cyclists to events.  Everyone in Bangpung community would attend this event with their own consciousness and public mind.  Taking place in the village, apart from making the people understand the original concept of Car Free Day, this Bangpung Car Free Day event would be used to advocate biking and walking in daily life with an aim to build a biking and walking community.

After the agreement was reached, a public relations campaign began. Villagers were informed in monthly meetings of the village and the general public in Krabi Province heard about the event through FM 96 MHz. Volunteers went out to recruit villagers to join the event in groups of five. These groups then joined into ‘communities’, such as walkers community, bicycle users community, self-sufficient economy community, health volunteers community and aerobic community. Responses came in thick with number of villagers signing to join the event rising all the time.  When the villagers took this event seriously and stood up for biking and walking in everyday life for health and environmental benefits, various organizations within and outside of the community then turned attention to Bangpung Car Free Day event and provided supports, both financial and in kind.  The FM 96 MHz Station aired the public relations without charge.  Nuer Klong Forest Plantation provided tree saplings for free.  Other supporters include Thailand Cycling Club, Krabi Branch of BIG C Superstore and the Electricity Generating Authority of Thailand which supported a long drum troop to entertain event-goers with joy.  There were many more supporters whose names could not be mentioned in all.  The villagers themselves decorated their old Buddhist temple where the event took place to look like a new one in a brink and also helped joyfully cook food for breakfast and lunch.

If Bangpung Cycling for Health Club joined cycling activity in Krabi City which is 30 kilometers away, children, elderly people, walkers and other people in the village would not have any opportunity to participate in Car Free Day event.  On September 23, 2012, more than 540 persons, 500 were residents of Bangpung themselves, participated in this village event. They walked, rode on horseback and cycled to plant tree saplings on both sides of the three-kilometer stretch of Bangpung – Khok Yang Road.  It is hoped that in years to come, this road would become a shady ‘tree tunnel’ where people can happily walk, run and cycle both for exercise and travelling.

Outcomes?  The villagers were happy. They enjoyed activities and asked for events to be held in their village again. Car Free Day in Bang Pung style was the first step. We wish that our activities would inspire other Car Free Day events in other places of Thailand. 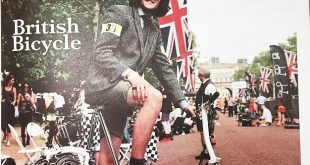 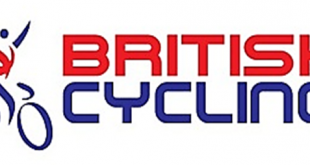